Many of you are facing the less pleasant aspect of living with your cat. The aggressiveness of the child with fur.

That’s why I decided to present to you today 5 remedies against cat aggression.

Aggressive behavior against people – owners or visitors – is an increasingly common problem in family cats suddenly transformed into “scorpions”.

Identifying the causes of these phenomena helps you choose the best remedy. Find out if you have an aggressive cat. Or if it just has behavior problems.

I offer you 5 remedies against cat aggression.

Some of the links in this post are affiliate links. This means if you click on the link and purchase the item, I will receive an affiliate commission at no extra cost to you. All opinions remain my own.

In this article, you will find some causes of feline aggression and the best solutions to prevent and protect yourself.

The first thing you need to do is take your little cat to a thorough veterinary check. It is known that ignoring health problems leads to aggression. It can be caused by painful arthritis or hyperthyroidism.

If the cat is perfectly healthy, it means that these are behavioral deviations that are explained below. But they can be corrected with patience and perseverance.

Causes: You may have encouraged her by allowing her to play with her fingers or toes. Thus, the message sent is: “there is no problem if you bite my hands and feet”. On the other hand, a kitten taken from his siblings too early may not have had time to learn to refrain from biting and scratching.

Solutions: to entertain your cat, use a toy fishing rod that allows you to keep a sufficient distance between its fangs and your hand. But also to control the intensity of the game. Do not shake the toy too much because the kitten will feel frustrated and become even more agitated. Cats that do not play enough during the day tend to bite their owners. This is to draw attention to the deficit of activity.

I recommend that you strictly follow a schedule of two “sessions” of play a day, each of 15 minutes. Often, for many cats, the only things moving in the house are the feet of the occupants. In the absence of a play program, they are “stapled” at will. While you are away from home you can take various toys so that the cat does not get bored. But when you’re home, I recommend you play with her.

Causes: This may seem unprovoked, but it is a normal response to a frustrating situation. If a cat is prevented from reaching a point of maximum interest, the frustration may have been redirected to its owners. For example, if a cat sees another in the garden or a bird on the windowsill and cannot reach them. It can happen to attack the first person you meet in the house. Not knowing what caused this behavior, the owners will categorize the event as provoked aggression.

Solutions: do not try to catch and hold the cat. You will be scratched and/or bite. You will be associated with the event that generated the aggression. Start by eliminating its cause.

If the cat continues to be irritated near the window, cover the bottom of the window for a while. If you have several cats or other pets, delimit the territory from that of the cat in question. He advises other family members to avoid it until they resume their daily activities. These are diet, litter use, daytime sleepiness.

Causes: it occurs in any cat when it is threatened by imminent danger. In reality, it is a normal self-defence reflex. In these cases, the attitude and position of the body are how the cat tries to avoid confrontation. She will meow and sigh, trying to scare her opponent. The next step will be to adopt the attack position. Body language sends two messages at once. “I fight if I have to, but I’d rather get the hell out of here!”

Children are most often the victims of this type of feline aggression. When trying to hold a cat by force or catch it. Teach the child to recognize these positions and not to violate their safety territory. Not to “get into her soul.” Many cats are labeled as aggressive because owners do not follow specific signs. Cats learn to communicate with them only through aggressive “messages”.

Solutions: If your cat tends to behave based on this type of aggression, make sure it has enough hiding places in the house. Any scared cat needs a retreat. Space where she can feel safe. Many of them have this feeling when they are at a height. You can also consider purchasing a tiered system for cats, 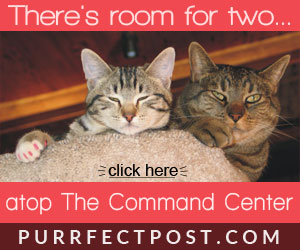 a play set. He will play several roles, including retirement.

Causes: it has certainly happened to many to caress their cat for a long time. To her full delight. Until, certain moment. The cat got bored and they were bitten by the hand. The over-blame is to blame. Many cats are initially delighted by the caresses of their owners. Eventually, they become uncomfortable.

Solutions: pay close attention to body language! Before you bite, the cat will signal that you have reached the tolerance limit. Here are some of these signals and urge you to stop. The cat will move its skin convulsively, wag its rhythmic tail, quickly shake its ears or “turn its back”. It will stop spinning, increase in low tones or change its position often. To teach her to bite you, limit the duration of the “tenderness”, leaving her too long for daily caresses.

Causes: Some cats feel the need to strictly control the environment. Reacts aggressively to interactions not initiated by them. For example, they can bite if you start stroking them without their “permission”. Another aspect of this type of aggression is the phenomenon of blocking the access of some family members to certain rooms. The cat will stand at the entrance with its ears on its back, wagging its tail and staring at the opponent.

Solutions: If the cat bites you while sitting in your arms or lap, stand up slightly and let it fall to the floor. If it aggressively attracts your attention, ignore it until it returns to normal behavior. Reward her with croquettes or a can if she gives up the painful “grips”. Never hit the cat! If she doesn’t want to be corrected, ignore her. Sprinkle it with a water gun when it becomes aggressive.

Studies conducted by cat behavior specialists and veterinarians have shown that aggression can be cured. Responsible and knowledgeable owners can turn an aggressive cat into a loving and well-bred pet.

If you have an aggressive cat you can turn it into a loving and well-bred pet. The first thing you need to do is take your little cat to a thorough veterinary check. It is known that ignoring health problems leads to aggression. It can be caused by painful arthritis or hyperthyroidism.

I have many cats, of different ages, girls and boys. They are saved from various circumstances or born at home. But none is aggressive. They are all extremely loving and are always looking to be around us.

I have only one cat we can’t get our hands-on. He is 10 years old and last year he gave me three special puppies. She suffered trauma in her early childhood (I think she had a terrifying experience with people) and is very scared. But we understood her and left her alone. She would definitely become aggressive out of fear.

The vet told me there were exceptions and that we will never be able to tame it. During the time she was a mother, she softened, she let us caress her. He leaves his chicks in our hands. But that period passed and she became scared again. Instead, he has a very good friend, one of our cats. Now, one of her daughters has befriended that cat. It’s touching when you see them together. They wash each other, look for each other or sleep together.

I would be happy to leave you a comment and tell me about your experience with an aggressive cat that you turned into a loving pet. Thank you.

12 Replies to “5 remedies against cat aggression”