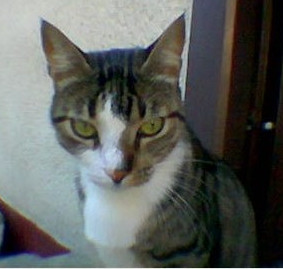 It’s the  turn to tell you the story of Tin Tin, another male cat of mine. If you have read about my cats before, you already know that I present them in the chronological order in which they came to our house.

So Tin Tin, another male cat of mine, I received him at home around the same time as Sera.

How he got to us

It was September 2002. My daughter was playing outside . He noticed a kitten being hit. He brought him home immediately. I found that his snout was swollen. It looked like someone had hit him with a tree. It is painful that there are such insensitive people. Obviously I took him to the vet and treated him. After a while he healed.

Tin Tin was about 3 months old when he entered our house. He was not a very active kitten. He grew up more in bed, in the shadow of my husband. I actually saw him when he was about a year old. Then he began to move around the house.

I was staying in the block, so I didn’t leave him out. He played a little with my other kittens, but he didn’t move enough. So he got a little fat. But he was very sweet and loving with us. He liked her in his arms and she liked to be petted. She cleaned her toilet thoroughly every day. 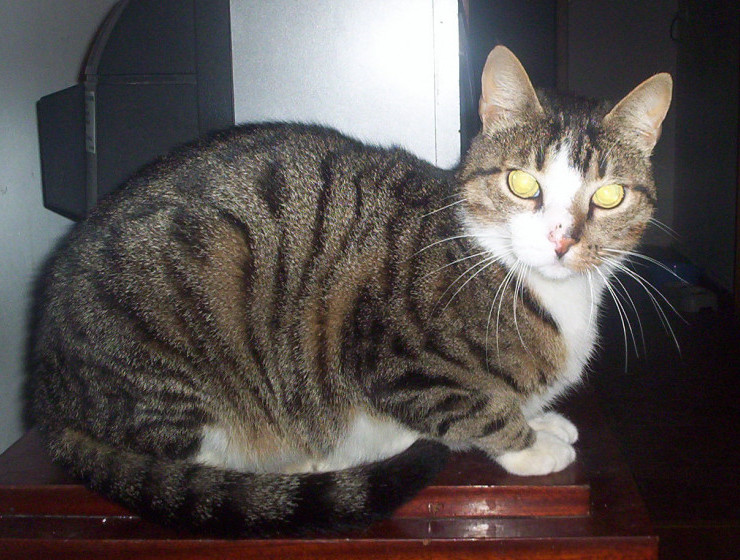 In January 2003 I castrated him. After the operation he gained weight, becoming obese. But it was still expensive.

In November 2003, we moved from the block of flats to the house with a yard and garden.

If you’ve read the stories of other cats of mine, you already know.

Now I’m writing with another obese cat in my arms (Sophie). He doesn’t want to play, he doesn’t go out in the yard. Get a food diet in vain. He is still obese. But she is in great need of love. And now watch the computer screen carefully.

But back to Tin Tin. 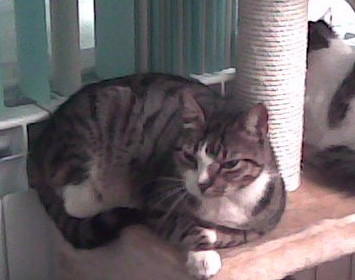 Tin Tin but don’t run too much. He preferred to lie in the sun or sleep in the house. 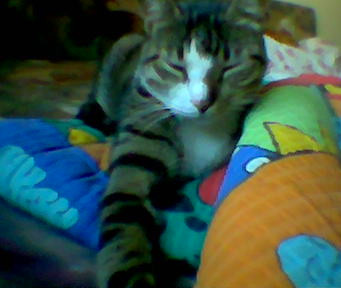 Due to lack of exercise he became ill and we had to take him to the vet. He underwent an operation called an urethrostomy. From now on, poor Tin Tin peed on his belly. And for us it was an extra stress. And extra work. Sometimes he escapes the urine. It could not be controlled as before the operation.

But that didn’t bother us. We were glad we managed to save him. He could lead an almost normal life. It just wasn’t moving enough. In fact, this led to his illness. The vet explained that he had to move his bladder.

On September 30, 2005, we had to take him again to the veterinarian and he performed the second urethrostomy.

After this operation, Tin Tin felt pretty good. He continued to love us, to be friendly with our other kittens, to sit in the sun, to enjoy our lives. This happened until September 11, 2009, when he went to heaven.

That very day I was admitted to the spa treatment, and my husband took him back to the vet. He called me but didn’t want to tell me what happened. It wasn’t until the evening that I talked on the phone with my husband and he told me that TinTin was gone to the heaven. I suffered terribly and cried all night.

I later found out that the vet was looking for my husband on the phone to tell him what had happened. But my husband couldn’t answer and then he called me just to ask about him.

Tin Tin is buried in the vet’s garden. We were also good friends. But unfortunately this veterinarian died 4 years ago, at the age of 49. So we don’t know exactly where our dear cat is buried.

The other cats we have lost over the years are buried in our garden in a secluded spot.

I wrote this short post for two reasons. First of all, to pay tribute to our dear cat, Tin Tin. 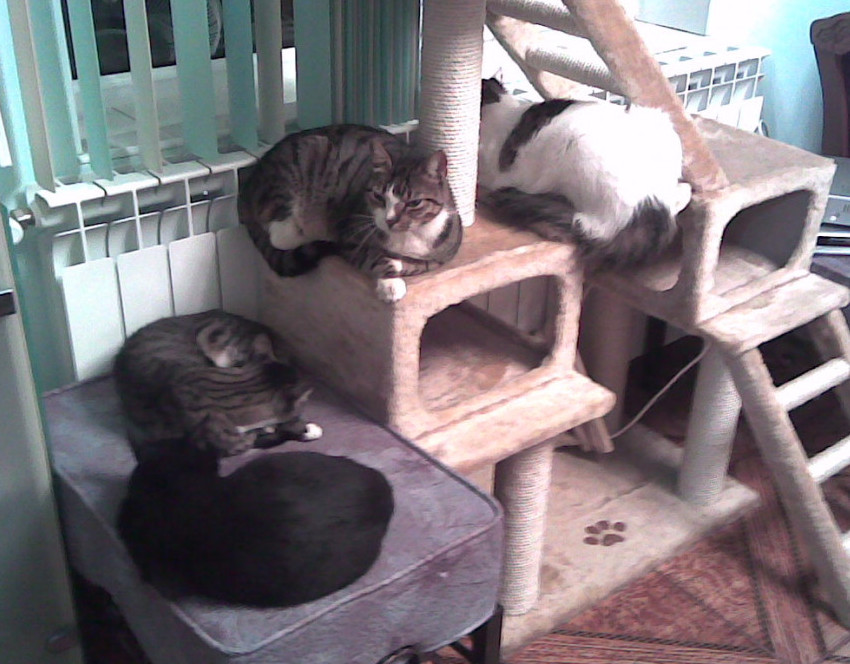 Secondly, I advise cat lovers to take them to the vet as soon as they notice changes in their behavior. With the help of the veterinarian Tin Tin, we enjoyed our life for over 7 years. For a cat it is a reasonable age. If I didn’t take him to the vet, he would have died at the age of two.

Love cats. Understand that they also have health problems. Just like us humans. As we go to the doctor when we have problems, so should our companions be taken to the veterinarian. It’s just that their disease develops much faster.

At the first sign of a change in behavior, we need to take them to the vet. It is wrong to take information, from Facebook for example, or to treat it by ear. The only one who can make a correct diagnosis and treat our furry friends properly is the veterinarian. It can often save their lives.

Although I told a sad story in the end, I still hope you liked it. And I hope you learned something: before adopting a kitten, choose a veterinarian for him. How to choose it I told you in the post The ideal veterinarian.

If you like it, you can leave me a comment. I will read it with pleasure. Thank you.

And finally a little joke:

A veterinarian goes to the doctor. He asks him what his problems are. The vet tells her: well, that’s simple. (explanation: the veterinarian doesen’t have the opportunity to ask the patient what problems he has).

12 Replies to “Tin Tin, another male cat of mine”

personal stories with my cats

Tin Tin, another male cat of mine

by Carmen time to read: 5 min
cat breeds Munchkin, a breed under the magnifying glass
tips for cat care How do you read your cat’s thoughts?
12